It all began with an unlikely childhood fascination with floor plans.

As a little girl, young Liana’s Mom loved to visit open houses – especially the new developments expanding in their Corpus Christi neighborhoods. Sometimes, it was the Parade of Homes; spectacular homes. Liana, dressed for the occasion, would tag along with her mother. As early as third grade, she would be sure to grab the brochure and take it home, especially if it included a schematic of the floor plan.

As she looks back, it seems curious to her now. Something intuitive brought her to a place few of her friends or siblings even noticed. But as far back as she can remember, she would study those plans with a critical eye. Then she took a pencil to a pad of graph paper – first to reproduce the plan. After she was satisfied that she had it right, on the next page, she would compose her improvements. 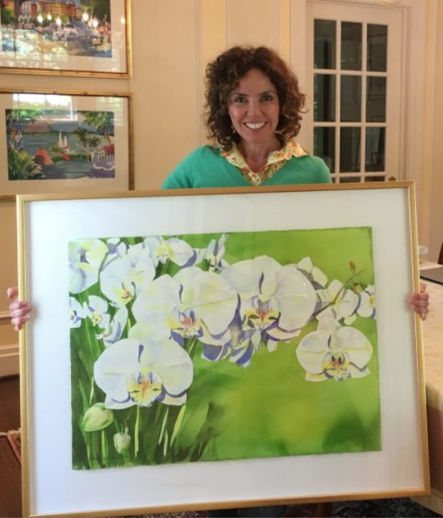 She would enlarge those tiny bedrooms for the children. She would find more space for dressing areas, and enlarge closet space and improve access to play areas.

As she got older, into high school, her attentions moved away from floor design. But the pattern was set. When she matriculated as an under-grad at Texas A&M University, she discovered architecture. She was fascinated – and became one of the few women to declare architecture her major; and she excelled.

It was a period of transition in the profession, Liana remembers. Her favorite professor was ahead of his time. They learned all the traditional fundamental skills of the drafting craft. Once the drafting table, the beam compass, the triangles and parallel rulers and cutting knives and protractors were understood, the professor proceeded to introduce Liana and her classmates to a revolutionary new technology: Computer Aided Drawing or, CAD. Today, it’s a technology that dominates the field.

It may surprise you that Liana (known today for her fresh, alive, compelling water color scenes – her portraiture and landscapes and gardens and welcoming home facades) began her burgeoning career in art as a master of architectural drawings. Shortly after graduation from college, while working for a major firm, she moon-lighted on weekends as an instructor for seasoned professionals on how to use CAD. She reveled in the 3-D imaging, and the new capacity to create visuals to be analyzed and changed at the touch of a keyboard or the click of a mouse.

Her own stunning architectural renderings were in high demand. She not only got the structure of the projected buildings right, she included people and cars and trees and water elements and sculptures. Developers utilized her striking images to convince investors, city planners and potential occupants to jump on board.

There were other influences. Liana’s Mom was also an informal student of interior design. As they wandered through model homes and the spectacular upscale estates on parade, they would observe and talk about design. They noticed color and placement, framed art and sculpture, floral arrangements and pottery and window treatments; ceilings and lighting. Her grandmother taught her the intricacies of fabric. They would sew and quilt together.

It was Liana’s husband Jeff who suggested that she take all this experience to watercolor. She gave it a try.

Today, the art speaks for itself. Take a look. Her watercolors are displayed in galleries and featured in prominent places in homes around the world. She has been commissioned to paint portraits and homes and living spaces, gardens and landscapes. Her work appears on greeting cards, and now on fabrics.

Liana’s friendship with Angela has been rich. It began when their two sons became friends in kindergarten. They are now in high school. With Angela’s encouragement and inspiration, Liana’s work has found new audiences.

Liana is irresistibly drawn to the vision of Flite. From experience, she knows the transformative power of the creative moments spent on the canvas and in conversation with other artists and subjects. There is a shared joy that enriches everything.

“It’s the human connection,” Liana told me. “As we create together, in collaboration or in just hearing how another sees the world, we are energized in creating something that reflects beauty, wonder and truth. When someone finds my work lovely or inspiring or uplifting, I feel validated – and that validation puts everything else into perspective. We revel in bringing that experience of validation to others.”

That’s what we want Flite to be. The foundation is a floor plan that creates space for art.

Liana adds, “And Angela’s right – when we convey that rare, genuine, well-earned validation to aspiring artists who have been abused or marginalized, we bring freedom and hope and the capacity to face whatever comes.”